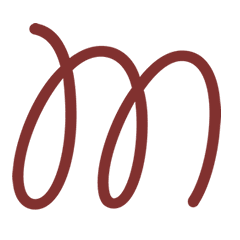 As early as Roman times, people settled around the crossroads of the major European axis at the confluence of the Broye and Mérine rivers. At the beginning of the Middle Ages, the inhabitants took refuge on the hillside situated between the two rivers, which was fortified around 1130 by the Count of Geneva, and around 1190 presumedly by the Zaehringens.

This first town was conquered in 1207 by Count Thomas of Savoy, while remaining under the sovereignty of the Bishop of Lausanne. It became the starting point for Savoy expansion into Vaud, and developed rapidly during the thirteenth century. After Peter II of Savoy established Moudon as the seat of the bailiwick of Vaud around 1260, the town became an administrative and judicial centre, a regular gathering place for the states of Vaud. The model of its duty exemptions was imitated by many other Vaud towns.

In 1536, Moudon fell under Bernese domination and became Protestant, as did the whole country of Vaud. The town remained the head of a smaller district, with the bailiff residing in Lucens. During the following two and a half centuries of peace, the communal administration was strengthened and the bourgeoisie flourished. At the time of the French Revolution, Moudon became the district headquarters and adapted to the new and faster methods of travel: the railway line of the Broye in 1876, the tram and the Jorat bus route in 1902, and finally the construction of the Route de Berne in 1964.

Particularly rich in historical buildings, the whole city still reflects these past events. What is now the upper section of the Rue du Château was at the heart of the early town. With its arcaded houses and the last surviving tower of the old seigniorial fortress, it resembles the cities of Berne and Fribourg. The first extension to the south, the Rue du Bourg, sits atop a long rock ledge. The typical medieval appearance of the Ville-Haute, its high facades a prolongation of the molasse cliffs, has been classed a site of national interest.

The lower town, Ville-Basse, developed during the first decades of the reign of the house of Savoy, around the focal points of two important hospices, St John of Jerusalem and St Bernard, on either side of the Saint Eloi bridge. The Ville-Basse was fortified around 1280 at the same time as the construction of St Etienne, the most important gothic church in the canton after the Lausanne cathedral. There also remain many buildings of secular importance, dating from the seventeenth to the mid-nineteenth century.

Moudon is beautifully situated in the middle of the Vaud countryside at the confluence of the rivers Broye and Mérine, offering various hiking possibilities between the Jorat plateau and the valley of the Broye. Picturesque villages dot the mainly rural landscape, frequently offering a spectacular view on the Alps. Many watercourses have left their impression on the cliffs, digging potholes and steep folds bordered by molasse cliffs.

Counting some 6000 inhabitants, Moudon has known an important urban development in the last years, due to its population growth. Its life quality is highly appreciated and its many events, like markets, concerts and plays make it a lively town in all seasons.